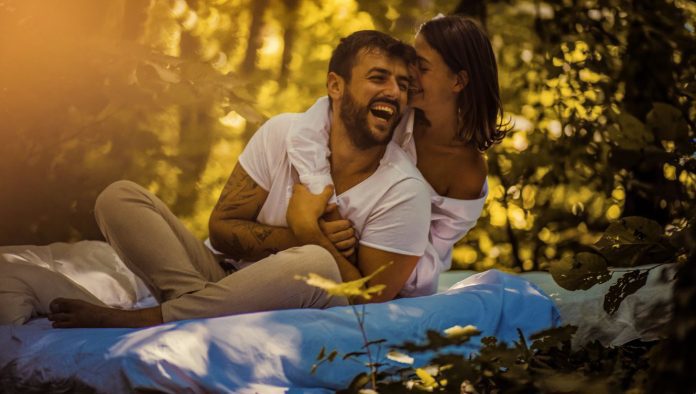 Even if you try to avoid it, if you have fallen for a man that is emotionally unavailable, you have to face this because no matter how much love you show him, it doesn’t mean he will open up to you. You have to make him learn to love you back.

Maybe you keep wondering how you can make this man fall in love with you, but you don’t know the tricks to make it happen. Here are some ways that you can learn to connect with this kind of man and make him miss you when you aren’t there. He can fall madly in love with you!

The first thing to do is to make sure that this man knows that you are his friend even more than just his girlfriend. You have to set a goal that you will eventually marry him, of course, but at first, being his friend can help.

If you tell this man that you want him to love you, it might make him run away but by being his friend, you will show him that you are there for him. Here are some reasons why:

He will need to have time to get to know you and understand you and this can make him wonder what it would be like to be his girlfriend. When you know that he wants to be around you but that he might not be ready to commit, you won’t be taking away any of his freedom.

The next thing to do is to make sure that you aren’t pressuring him. Even though you want to have more than friendship, you need to be careful how you approach this. Some men like this have a hard time committing and it scares them.

Don’t play games with him but also pressuring him is just going to drive him away. Don’t talk to him about you and him being together but just go with the flow and let things work on their own. Once he realizes how much he loves you, he might pull away because he wants things to go slow.

Emotionally unavailable men don’t like to be forced into being with someone and as soon as they feel that they are being pressured, they will think that you are needy and clingy. This will make them not want to commit to you.

Another thing to avoid is to not talk about the future. Learn to live your life in the now and enjoy it. You need to make the time that you spend with him fun and not make it about tomorrow or the future.

This guy is probably broken and probably carries a lot of things with him that he hasn’t released yet. You need to let the relationship come when times permits. Even though you want to plan for the future, you will never be able to do this with this guy if you rush things.

Here are some things not to do:

You know what this guy feels, and you are clear that he doesn’t want to be in any relationship right now. This can mean that he can walk away without too much hurt if you don’t accept what he is saying. The best thing is for you to just live in the now.

You need to show this man that you can live without him. You don’t need to want to spend all of your time with him but find things to do on your own and with other people. You have to be a strong woman to make him love you.

If you want to make a man like this love you, you have to show him that you don’t need him. Even if you have strong feelings, you have to hide them and be independent. You never want to chase him or make him think that you are crazy for him.

He will fall in love with you when you don’t allow him to treat you badly. Men like to hunt for women because it is how they are born. This drives women crazy but it’s true. You need to make him chase after you. Don’t let him take you for granted or use you.

Men that are emotionally unavailable will have a hard time opening up. They have a hard time letting them in their life. They get scared of serious relationships, especially women because they are afraid of being hurt.

When you come into his life, he will have a hard time letting you in. You have to give him time to trust you and you have to let him be vulnerable with you and not use it against him. Once you do that you will learn more about him and about yourself.

You have to have an emotionally unavailable man to trust you totally if you want to let him feel safe with you. This will allow him to get to know you and will help him to open up his heart.

Is He Emotionally Unavailable?

You have to build an emotional connection with a man like this. He will have to trust you and you will have to be patient with him instead of being judgmental on him. Make sure that you are building a relationship on love and trust.  Here is how:

Know Who You Are

Know what upsets you and what causes you to jump to conclusions. Know if you have triggers and don’t be someone that attacks before listening. Don’t try to change him and make him who you want him to be because of how you feel but change your feelings instead.

Talk About What You Feel

Don’t always fight and think he is wrong but become a team. No one is always right or always wrong. Let him find out what he is feeling and give him space.  You are not against each other but should be a team. Let him be comfortable with you.

No matter what, you are the one that makes yourself happy. Take care of your feelings, emotions, bodies and soul. If you are involved with someone emotionally unavailable, they can drain you and make you feel that you have no self-esteem.

Don’t get upset if he pushes you away but be calm with him and open up to him. If this scares him, back off. You have to stay happy and focus on you. Don’t let yourself get so upset with him that it makes you feel sad or depressed.

Can You Make Him Miss You?

There are ways that you can make an emotionally unavailable man to miss you. One way is to give him space and let him know that he will miss you.  Here is what to do:

Have You Found Your Soulmate?