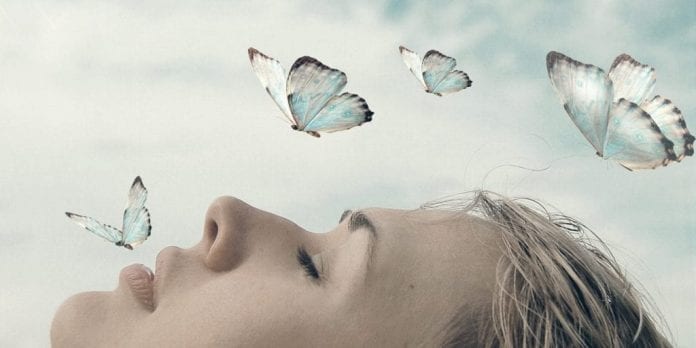 These dreams are intuitive dreams and they can express the feelings that someone has such as a gut feeling.  They might be dreams or things that people have repressed but there is nothing that is paranormal about these dreams.

Having precognitive dreams comes from people that have roots with the paranormal, but these types of dreams are hard to prove.

When the Titanic sunk in 1912, many people had come forward later and said that they had a dream that the ship was going to sink.  Around 19 of them were written down and so they were able to prove that these people had dreamed this.

Many people had dreams that the Titanic would sink and even the media called the ship unstable before it even went into the water.

Precognitive Dreams that Are Famous

Have you ever dreamed that you died?  This is probably unlikely that you will die soon but Abraham Lincoln dreamed that he was going to die soon.  He dreamed this about two weeks before he was shot.  He had a dream that he was in a funeral at the White House.

He asked someone in his dream who was in the casket, and he was told that it was one of the presidents.  He has told his wife about the dream and neither thought that it meant anything.

Mark Twain worked on boats, and he dreamed that he saw his brother dead and in a coffin.  He told his sister about the dream and a few weeks later, his brother was killed in an explosion on the boat.  Some others died and were buried in coffins but since they felt sorry for Henry, they raised money and bought him a metal coffin to be buried in and this is how Mark Twain saw him in his dream.

These dreams are both part of precognitive dreaming and matching them would be hard.  The mathematics could not take away the coincidence and it would be hard to record the data of every dream that someone had and compare the data of it. Matching dream data would be a daunting task.

Psychics have predictions and precognitive dreams are part of faith.  Some dreams are interpreted to make sense of the future and they try to figure out what messages they are receiving.

With lucid dreaming, people can ask specific questions about the future.  They can ask unpredictable information in their dreams such as:

What if precognitive dreams would help you to figure out and build evidence for future telling?  We could limit what we dream to once a night and then get as many details as possible that we need.

A lucid dream might be able to predict a boat sinking or a plane crashing or when something would go wrong.  Having access to that information would help everyone.

The only real proof anyone has for precognitive dreams is based on word of mouth and what people have said.

If we dream about a boat sinking or a plane crashing, if that happens, that will be pretty interesting and would be a strong coincidence.  This could be a perspective from a firsthand person.

Some people believe that they are psychic because of this.  Coincidences don’t really happen like that and if anything, it can cause people to have more doubts and can cause others not to believe in their own psychic dreams.  This can cause the investigation to be hindered and can make people want to use their own experiments to prove that precognitive dreaming is real.

Dreams and Your Career

What Do Death Dreams Really Mean?

Use Crystals to Have Good Dreams